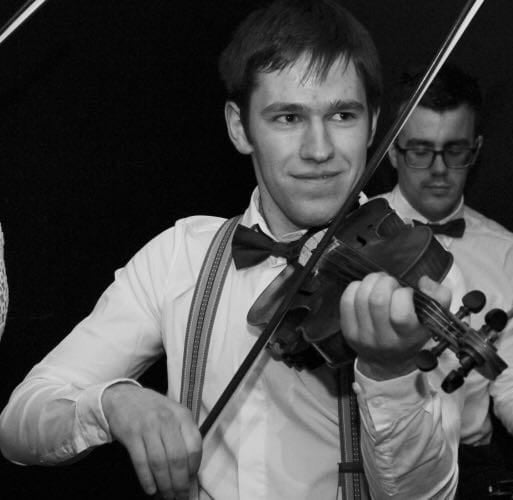 Jason McGuinness from Dromore West, Co. Sligo plays Fiddle, Drums, Bodhrán and whistles. The first Sligo fiddler since 1970 to win the Fiddler of Dooney competition in 2016, and current Ed Reevy International Senior Fiddler of the year, he has performed on the Comhaltas tours of Ireland, Britian and Canada in 2011-2012.

He has won many music awards in county, provincial and All-Ireland fleadheanna most recently winning the All-Ireland Slow Airs title, 2nd and 3rd places in the senior Fiddle competition for the past three consecutive years, and won the All-Ireland Senior Drums title in 2015.

He is a winner of Siansa Gael Linn with his group ‘Teaspach’, and has performed at many events, on radio and television in Ireland and abroad. Jason is a graduate of Maynooth University having completed a Bachelor of Arts degree in Music, Geography and History, and most recently obtained a Professional Master of Education.