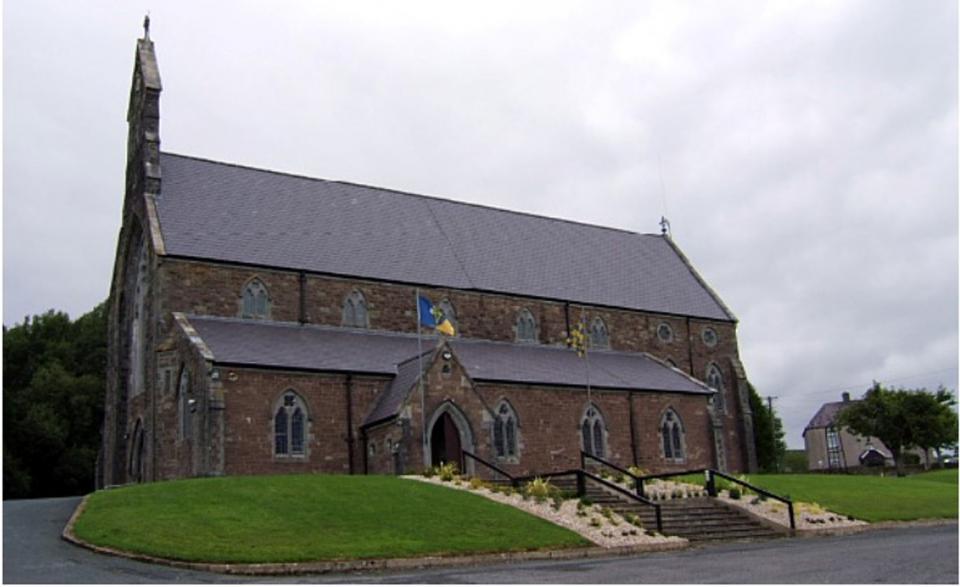 Church of the Nativity of The Blessed Virgin Mary (St. Mary’s, Keadue)

The site for the church as well as some financial assistance was given by the Landlord, E. King Tenison Esq. of Kilronan Castle. The foundation stone was laid on 15th August 1860 by Bishop Kilduff and the church was dedicated on 8th September 1885 by Bishop Woodlock.

The stained-glass windows in the sanctuary add to the beauty and prayerfulness of the church.

The patron saints of the parish of Kilronan, St. Ronan and his daughter St. Lasair are commemorated in the windows in the side chapel. 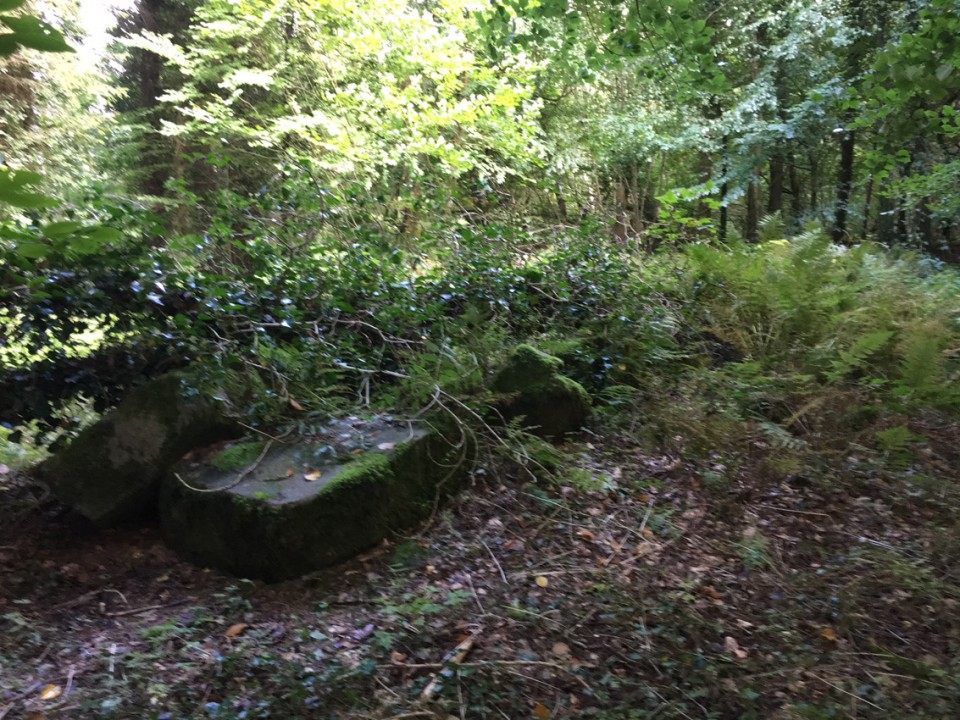 The structure visible in Knockranny Wood belongs to a distinctive type of megalithic tomb called a court tomb. The court tomb is characterised by having an open, usually subcircular court at the end. At Knockranny the court has a gallery consisting of two chambers, built of large stone, entering off from it.

Excavations throughout Ireland suggests that human remains, usually cremated, were placed within the chambers. The gallery at Knockranny seems to have been originally covered with a rectangular stone cairn, now mostly removed or incorporated into modern field walls.

It is generally held that the open court was used for some sort of religious or ritual activity. The presence of at least three court tombs around the village of Keadue shows that today’s farmers in the area are the inheritors of a tradition that spans five thousand years. 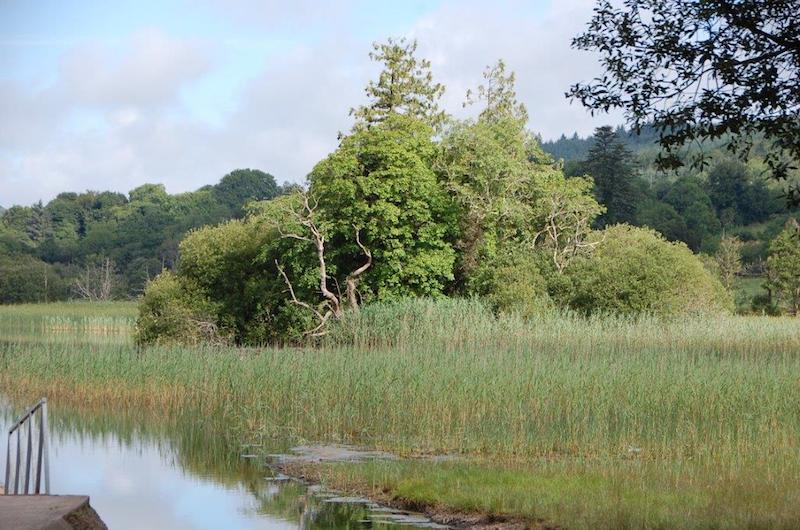 “Lough Meelagh” means “The Lake of the Marsh” and it is on the lake’s island that St. Ronan and St. Lasair were laid to rest.

There are several “Crannógs” on the lake.

These man-made islands, of timber and rock, were used for defence and habitation, and were occupied during the early Christian period through to the seventeenth century. 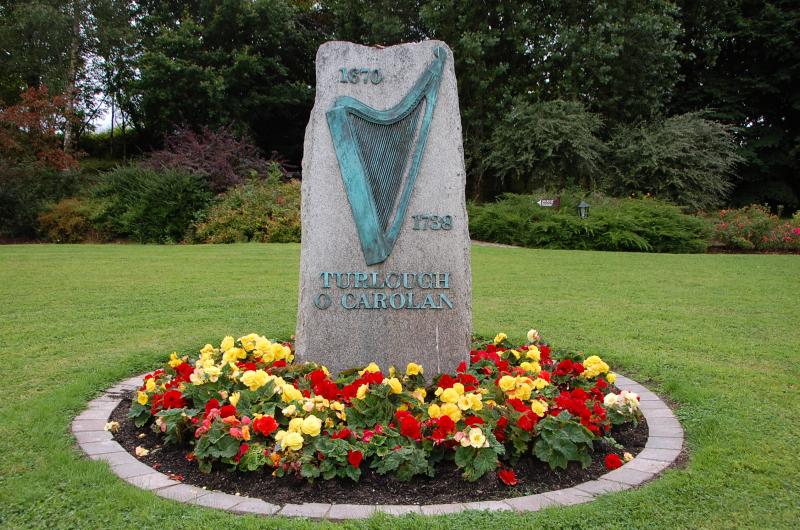 The O’Carolan Heritage Park was officially opened by Cardinal Cathal Daly during the O’Carolan Harp Festival held in 1993.

The sculpture located in the centre of the park was designed and created by Sculptor Fred Conlon.

The bronze harp displayed on the granite rock is a replica of the harp which would have been played by O’Carolan. 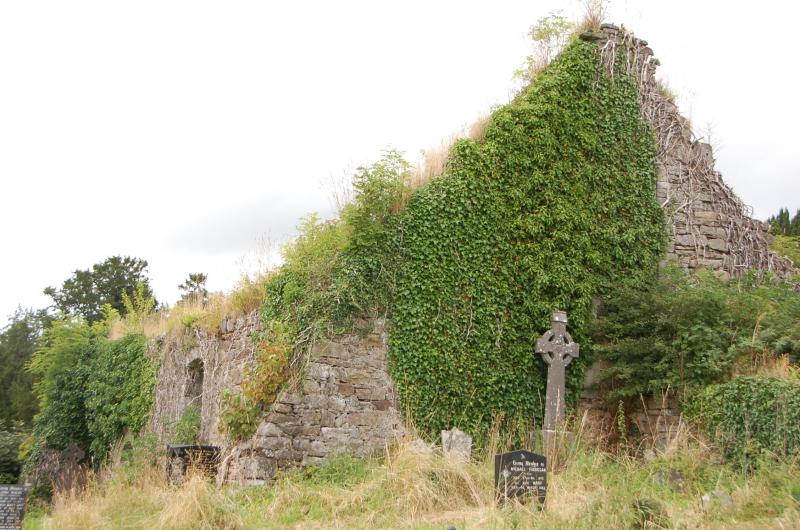 According to tradition St Ronan and his daughter St Lasair established a church here on the banks of Lough Meelagh in the 6th century. The present church ruin, which dates from the 14th century, was built by the O’Duignan family. On the northern side of the church is a crypt belonging to the McDermott Roe family.

This is where Turlough O’Carolan, the last of the Irish Bards, is buried.

The Abbey was used by monks, one of whom is buried within the ruins. Details of his death are carved on a large flagstone which is still inside the Abbey wall 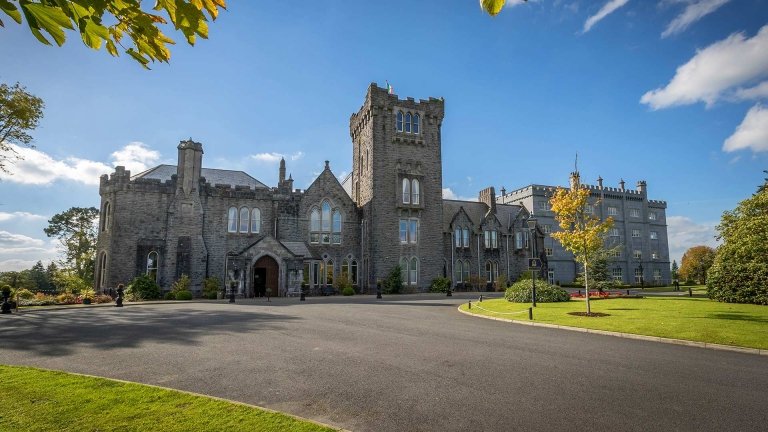 Towards the end of the 18th century the property later known as Castle Tenison, together with its surrounding estate, belonged to the Dundas family. They sold it in 1715 to Richard Tenison, of the English Tenison family, who was the son of the Bishop of Meath and MP for Dunleer.

For more than 300 years, this 40-acre estate remained in the Tenison family, before falling into disrepair in their absence. In 2006, it was lovingly brought back to life by passionate Irish father and son, Alan and Albert Hanly. It is currently a four-star luxury hotel with a spa and leisure centre. 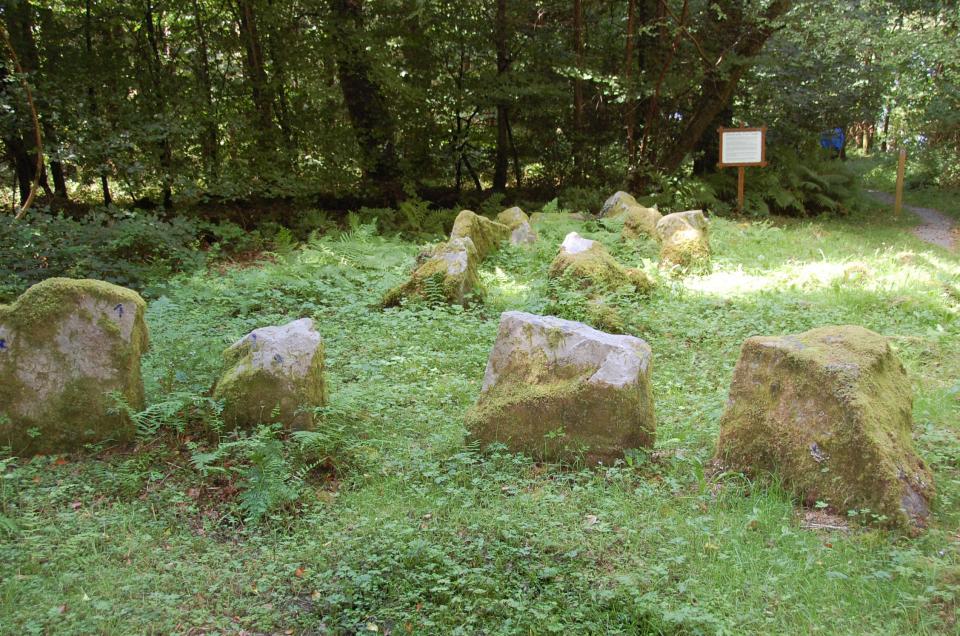 Knockranny Wood is located on the shore of Lough Meelagh, close to the village of Keadue. It is home to many of Ireland’s native plant and animal species. It is mainly a conifer plantation comprising Sitka Spruce, Grand Fir and Scots Pine. However, look closely and you will discover a variety of deciduous tree species including Alder, Ash, Beech, Birch and Oak.

You can explore the Knockranny Wood loop by following the nature trail, and learn more about the plants and animals that inhabit this special place. 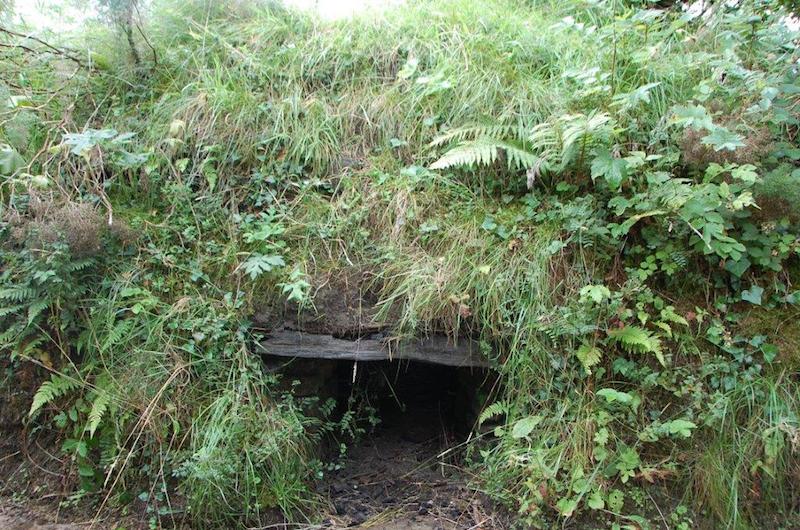 One of about 50 such sweat houses in Kilronan Parish. These were the forerunners of the modern Sauna. The idea of sweating out fevers and aches in bones was taken from here to Scandinavia by the Norman’s in the middle ages.