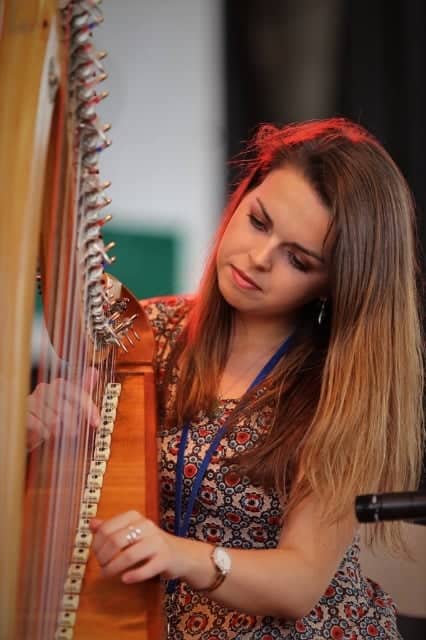 Aisling Lyons is an 8 times All-Ireland Champion harpist & concertina player from County Clare. Aisling grew up in a musical home & went on to study music at The Irish World Academy of Music & Dance in Limerick where she graduated with First Class Honours.

Aisling is now studying for her Masters degree in Music Education at The Irish World Academy where she is the current harp tutor. Alongside teaching with Music Generation in Clare, she is much sought after as a teacher & performer in Ireland & abroad. Aisling has travelled to Australia, Norway, the U.K., U.S.A., Canada, China, France & Germany giving various workshops & performances.