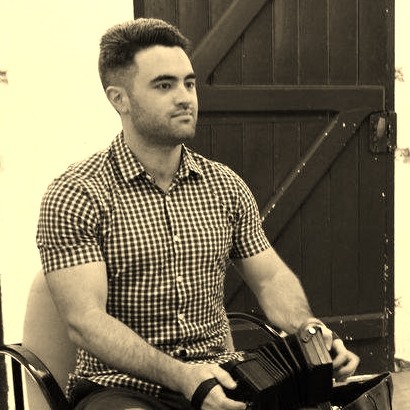 Gearóid Ó Catháin was born in Celbridge, Co. Kildare and is both a musician and a dancer.

He has won numerous All Ireland titles and is also World Champion Irish Dancer. Gearóid has performed extensively around the world as part of Brú Ború, the Riverdance Flying Squad and several other Comhaltas Groups, most notably he has performed in Russia, China, USA, and Canada.